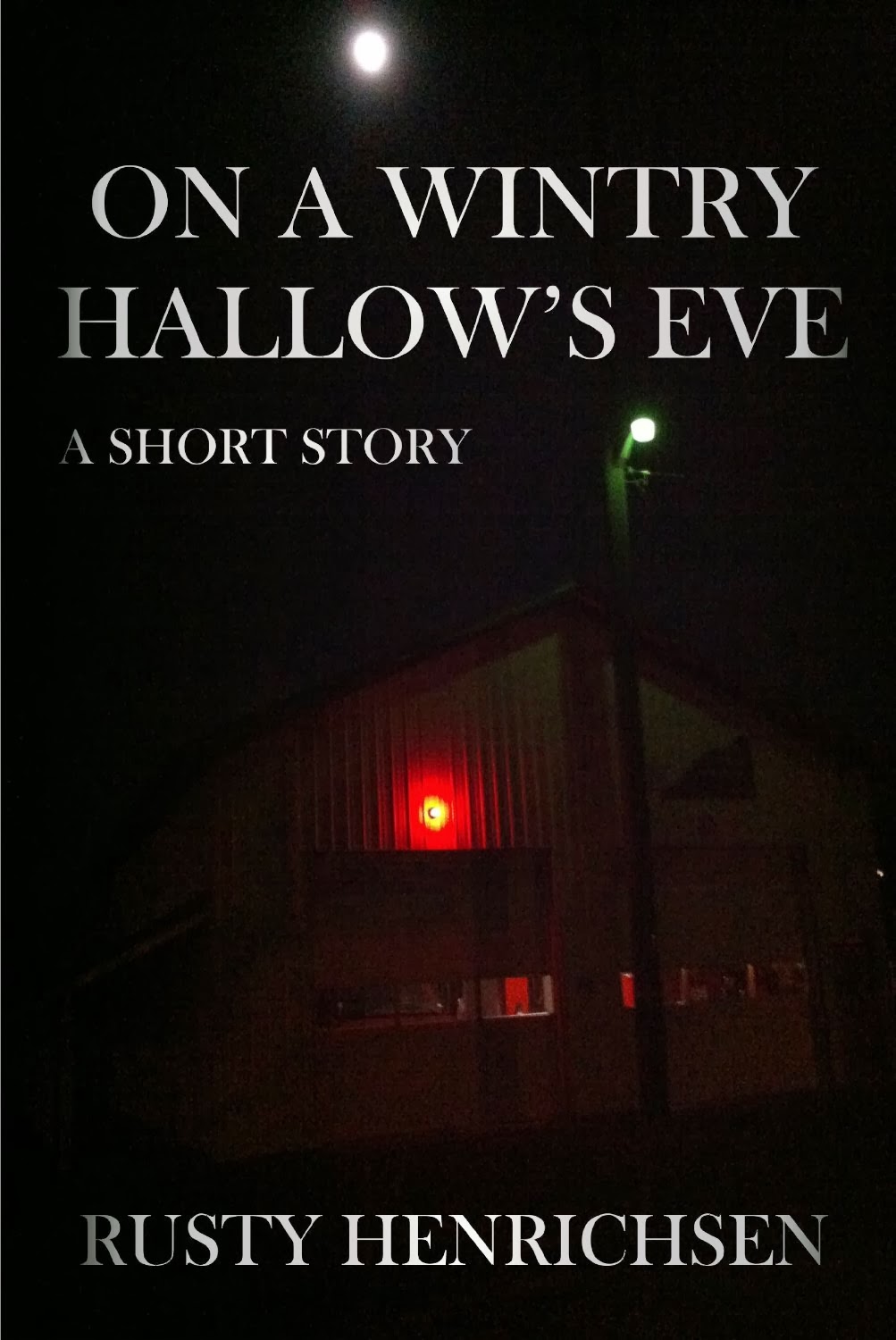 1
I love Halloween, Jake Leerson thought and put his lock-back knife, into the right rear pocket of his Levi’s. He had a feeling this would be the best Halloween ever. On October 31st of 1989, four people were brutally slain; two of them children, forever changing the landscape of an otherwise peaceful little town nestled in the pines and in the shadow of the mountain. Hysterical mothers kept the phone lines busy at the Precinct throughout the night.
The snow was falling hard, and the icy winds bit at Jake’s cheeks as he closed door number 17 of the Cedars Motel. He moved the knife to his front pocket and whistled as he did so, walking into town.
Third Street was filled with joyful cheers from young children. Leerson caressed the knife in his pocket, then took it out and into his hand.
He trailed a group of ten year olds for a block and a half before they noticed the man behind them. The children quickened their paces a bit, then ran, rounding the corner of the grade school. Jake was disappointed to see the school was open for some sort of carnival, offering the little shits safe haven.
Onward.
Jake continued until he came upon a fifteen year old boy egging cars. His knife made a snapping sound as it locked into place. The happy little egger turned only to catch a knife in the forehead. A four inch flap of skin hung down over his eyes. Jake slit his throat before he could scream or even think of it.
Leerson dragged the boy out of the street and into the hedges, then folded the bloody knife, returning it to the security of his own pocket.
His hands were cold, crossing Second Street and towards GMC realty. Only the office manager was there, so Leerson walked in.
“What can I do for ya’, sir?” asked the gray haired man and smiled.
The smile faded when Jake produced the knife. The old man turned to run but tripped over the chair behind him. Leerson picked the small, balding man up off the floor with his left hand and pressed the knife to his throat. The little man began to plead for his life when he became entranced with Jake’s dark green eyes. Leerson pushed the knife hard into the man’s throat, and warm blood began to spurt. Jake grabbed the dead man’s gloves and turned out the lights.
His hands were warm now against the biting winds. Next victim, Leerson thought and walked towards uncharted territory. On Second Street, Jake came upon Collin Johnson and his father, Larry. His knife resisted opening now, for it was encrusted with dried blood. Neither Collin nor his father heard the knife, or Jake’s footsteps behind them. But when the knife went into Larry’s left eye——they did hear that. Pop!
Little Collin was too terrified to do much of anything but just stand there and gape at what was happening. Jake cut Larry’s throat, just above the Adam’s apple, silencing his very vocal objections. The Adam’s apple hung by a thin piece of skin. Larry stumbled and then fell forward to the cold pavement—dead. Momentarily, Jake felt sick to his stomach, but it passed.
Collin couldn’t move, frozen by terror; Leerson took it to his advantage and slashed the boy across the cheek. Now Jake heard what the boy’s lungs had held back before.
“HEEEELLLPPP!!!!!!“
“Jesus, this kid can scream,” Jake thought. He plunged the knife deep into the seven year old’s chest...
“That’ll learn ya,“ Jake said almost conversationally. Collin said a little prayer in his head and he died. Several people had seen his face through their windows as he passed beneath the street lights. Soon the place would be swarming with cops.
It might be time to play inside…

2
Mark Woods tucked his son Brian into bed after a long night of trick-or-treating. Mark turned on his son’s night light and clicked his bedroom light off.
“Good night, Son”
“Night, Daddy”
Mark closed the bedroom door, turned off the television and the lights, and made his way up the creaking stairs to his bedroom, where his wife Keri was already fast asleep. Mark laid down, hands clasped behind his head, exhaled freely, and stared at the roughly textured ceiling until he drifted off to sleep.
Hello? 1970's calling--we want our ceiling texture back...
Jake Leerson silently stepped in through the unlocked front door of the Woods’ home. Leerson stepped quietly and carefully across the carpet of the living room until he came to a sleeping Brian’s room. The small, eight year old boy slept on his stomach, mouth wide open, and only half way covered by his thick, down comforter. He looks so peaceful, Jake thought, and drew out his knife once again. Service with a smile, Leerson thought ridiculously.
Mark snapped awake hearing footsteps downstairs and went for the .357 magnum in the top drawer of his nightstand. He loaded six hollow point shells into the cylinder and grabbed a handful more for good measure. Mark walked to the extreme right side of the staircase, where they creaked a little less, though he wouldn’t have been surprised had the intruder heard the sound of Mark’s heart beating against his ribcage.
Brian awoke with a startle, “Ahhh!”  upon hearing the intruder kneel down at his bedside. Mark ran down the staircase now, not caring if the whole world heard him.
Thunderous footsteps prompted Jake to rush out of Brian’s bedroom and lay wait aside the doorway of the stairs. Mark leapt right into the knife which was waiting for him at the last step. Luckily, the knife entered his abdomen at such an angle, as to do no serious internal damage. Mark fell to the carpeted floor and trained his pistol on Leerson. The first shot hit its mark into Jake’s left shoulder. Flesh exploded around the wound spewing blood generously on freshly painted walls. The knife dropped from Leerson’s hand, and he ran with his right hand cupped over his shoulder. The sound of the .357 shook the house once again. This time the shot went into Jake's lower back, passing through his stomach, blood and intestine splashed across the front door. For Jake Leerson, Halloween was over.
Brian called out,”Daddy?!” Mark dropped the gun and ran for his son’s room where he found Brian unharmed, standing up on his bed. Mark Woods held his son in his arms and he cried.

© Rusty Henrichsen and rustyhenrichsen.blogspot.com, 2013. Unauthorized use and/or duplication of this material without express and written permission from this blog’s author and/or owner is strictly prohibited. Excerpts and links may be used, provided that full and clear credit is given to Rusty Henrichsen and rustyhenrichsen.blogspot.com, with appropriate and specific direction to the original content.